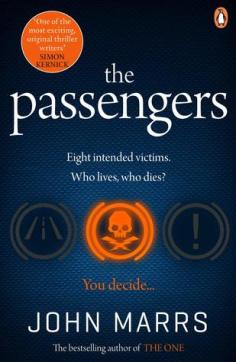 Eight self-drive cars set on a collision course. Who lives, who dies? You decide.

When someone hacks into the systems of eight self-drive cars, their passengers are set on a fatal collision course.

The passengers are: a TV star, a pregnant young woman, a disabled war hero, an abused wife fleeing her husband, an illegal immigrant, a husband and wife – and parents of two – who are travelling in separate vehicles and a suicidal man. Now the public have to judge who should survive but are the passengers all that they first seem?

Another hit from one of my favourite authors. John Marrs never disappoints. I literally couldn’t put this book down. It just took me hostage and held me tight to the end. The number of twists and turns was purely mind-blowing. John Marrs takes us on an entertaining, chilling, fast-track and driver-less ride where technology betrays humans.

The plot and idea are super fresh and relevant. Driverless cars are not a new concept but the potential consequences of this were never explored in such way. After I finished the book, I came across driverless bus that was going through trial in one of the areas of the city. To be honest, I felt unease and it reminded me John’s book. I am sure it will take years or possibly decades for this to happen on a road and in suburbia, but the potential risks should be taken into account.

This book isn’t just about risks of new technologies; it’s about opportunities and potential actions that need to be considered to avoid any malice.

The characters are so different which makes the book a very exciting read. You start asking yourself a question from the book, “Who lives, who dies?”.

Without any spoilers, this book is fantastic and can’t recommend it enough. Loved it!

From an author who consistently gives us “suspense that never stops” (James Patterson), a near-future thriller that makes your most paranoid fantasies seem like child’s play.

It’s late Thursday night, and Inspector Ross Carver is at a crime scene in one of the city’s last luxury homes. The dead man on the floor is covered by an unknown substance that’s eating through his skin. Before Carver can identify it, six FBI agents burst in and remove him from the premises. He’s pushed into a disinfectant trailer, forced to drink a liquid that sends him into seizures, and is shocked unconscious. On Sunday he wakes in his bed to find his neighbor, Mia—who he’s barely ever spoken to—reading aloud to him. He can’t remember the crime scene or how he got home; he has no idea two days have passed. Mia says she saw him being carried into their building by plainclothes police officers, who told her he’d been poisoned. Carver doesn’t really know this woman and has no way of disproving her, but his gut says to keep her close.

A mind-bending, masterfully plotted thriller—written in Moore’s “lush, intoxicating style” (Justin Cronin)—that will captivate fans of Blake Crouch, China Miéville, and Lauren Beukes, The Night Market follows Carver as he works to find out what happened to him, soon realizing he’s entangled in a web of conspiracy that spans the nation. And that Mia may know a lot more than she lets on.

This book provided so much promise at the start that I felt a bit disappointed in the end. The storyline, its science fiction/dystopian part, is absolutely fascinating. This area had so much potential that I got my hopes up. The mystery part was exciting as well but the ending wasn’t quite there for me.

Ross Carver is a great character and I felt strongly connected to him. He is a great detective, great friend you can always trust. Mia, on a contrary, made me dislike her from the start. Maybe it’s just me but I found everything she was saying or doing absolutely hideous. Not that I didn’t believe her but how she did it (or the author did for her). If Jonathan had an intention of creating a love story, then for me personally it failed.

The other thing I didn’t quite like is a title. I don’t really get why it’s called ‘The Night Market’….If you get, can you please help?

Despite the stated dislikes, I quite enjoyed the story and how it was going. I’m an absolute sucker for dystopias. The more the better. This one also about really interesting society created on consumerism and advertising technologies which are great topics to explore. As I said it can be so much more in that. This was my favourite aspect of ‘The Night Market’.

I was also disappointed to find out in the end that it’s the third book in a series. It can be read as a standalone novel but now I keep guessing how much connection it had to other books.

This book is one of those to enjoy the process but not the ending. I score it 4* out of 5*. 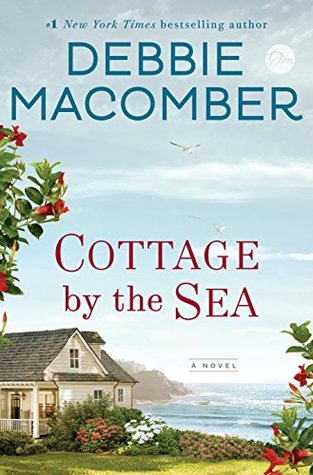